Oceanside Longboard Surfing Club
OLSC has its roots in the original Oceanside Surf Club started in the 1950’s. Members and associates included LJ Richards, Phil Edwards (our logo is based on his classic turn), the Eaks brothers, and many others, as Oceanside was one of the early hotbeds for California surfing. 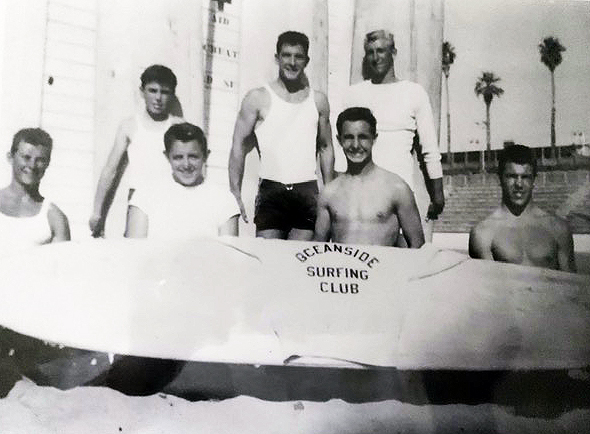 In front of the Oceanside Amphitheater, 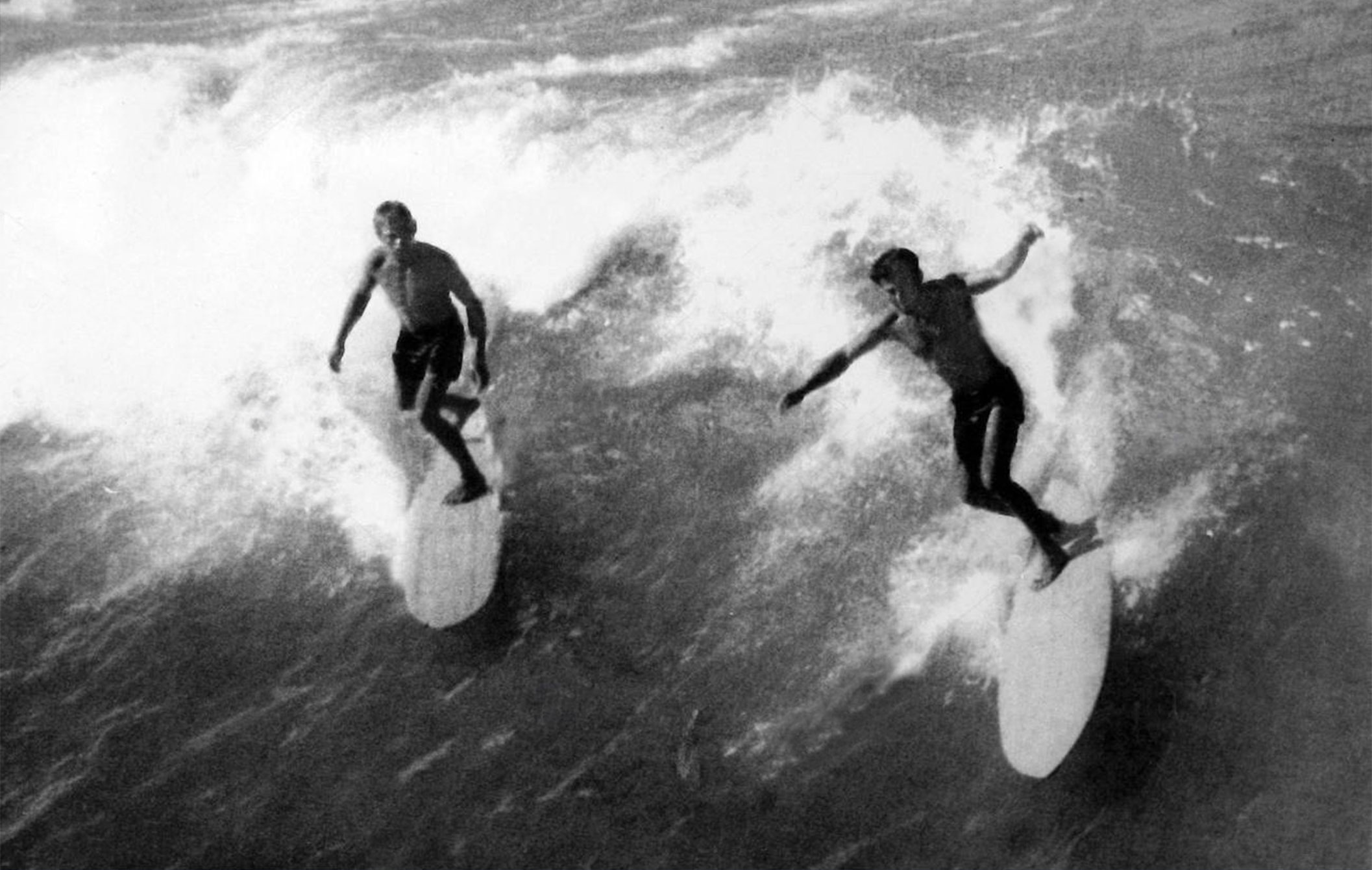 The club faded into memories in the late 60’s and early 70’s and was rejuvenated in the early 80’s as the OLSC. The membership was limited and meetings informal in the beginning, being conducted at member’s houses with typical attendance of ten to twenty men. The first club contests were held in 1985, with Santa Cruz and Oceanside reciprocating with formal invitational contests. In those days they were among the few longboard contests and, through Donald Takayama’s influence, participation included a strong contingent from Hawaii as well as contestants from Australia, with names such as Aipa, Keaulana, Kalama, Sunn, Young, and “Twizzle.” Through the late 80’s and early 90’s the roster at our annual contest was a who’s who of longboarding. The venue and format has remained the same, Oceanside Pier and Bandshell, Luau, and entertainment. As longboarding continued to grow, so did the number of clubs and contests.

The mid-90’s saw the formation of the Coalition of Surfing Clubs (CSC) and the beginning of “Coalition Contests.” OLSC continued to operate independent of the Coalition, but participated in all of the CSC contests. Our contest remained open to all, but received strong support from the CSC members. The 90’s also saw the transition of the club from a “guy” thing to more family participation. Family members had always provided support for the contest, but were now being included as members, coming to meetings, and organizing more social events. In 2001 we added the Guy Takayama Nose Riding Contest, a cash prize event, in addition to our traditional amateur contest.

The Nose Riding contest was a throwback to our 1987 contest when we teamed with Hang Ten for a separate cash event. While the Hang Ten sponsorship lasted only one year, we have been working with Guy Takayama for many years and are currently planning for the 17th Annual Nose Riding Contest / Pro Open in August 2017. In 2002 the 18th Annual Oceanside Longboard Surfing Club Contest became a Coalition event, the fourth in a series of seven. And while we are the only “beach break” in the contest line-up, participation and enthusiasm remain outstanding. In 2009, Oceanside Longboard Surfing Club celebrated its 25th anniversary with its annual contest and beach festival consisting of local musical and Tahitian dance performer’s, local food and surf-beach product vendors and the ever popular beer garden. The club has continued this tradition to current day. Oceanside Longboard Surfing Club conducts a monthly general membership meeting, which is well attended, and holds regular surfing and social events. We camp at Camp Pendleton’s San Onofre Beach for the Doheny Coalition contest as well as in the spring and fall as a club event. Money from our contest in excess of contest and club operating expenses is donated to charity.

In the early years we gave to the typical social causes such as Casa de Amparo (battered women and children) and The Boys and Girls Club. The last few years we have supported the Interscholastic Surfing Federation, Oceanside High Schools, and the California Surf Museum in an effort to support surfing in our community from a past and future perspective. While the crowds have grown, and membership is constantly evolving (although we do have some active members that have been around since the “rebirth”), the stoke remains the same.