2022 Pro/Am Invitational King and Queen of the Pier

The King and Queen of the Pier Surf Contest commenced Friday, August 12th.

32 men and 32 women, ripped, shredded, noserode and got barrled competing for $5000 in prize money for each division!

This years winners received a prize purse and the highly coveted title of King and Queen of the Pier with handmade trophies from Creative Designs by CoLE.

The finals ran Saturday, August 13th in really clean, chest to head high surf. To add to the competitive drama, during the finals Jack Van Wagoner was hit in the mouth by his board. Heading to the beach slightly disoriented with some loose teeth Jacks mother (A Register Nurse) accessed his situation, pushed his teeth back in place and he was on his way back in the line up. Jack fought through adversity in an absolutley stacked heat to win the event!

That is a singular example of the high level drama that makes the OLSC events so exciting and the Oceanside Longboard Surfing Club Surf Contest Beach and Festival the best stop on the Coaltion of Surf Clubs annual calendar! 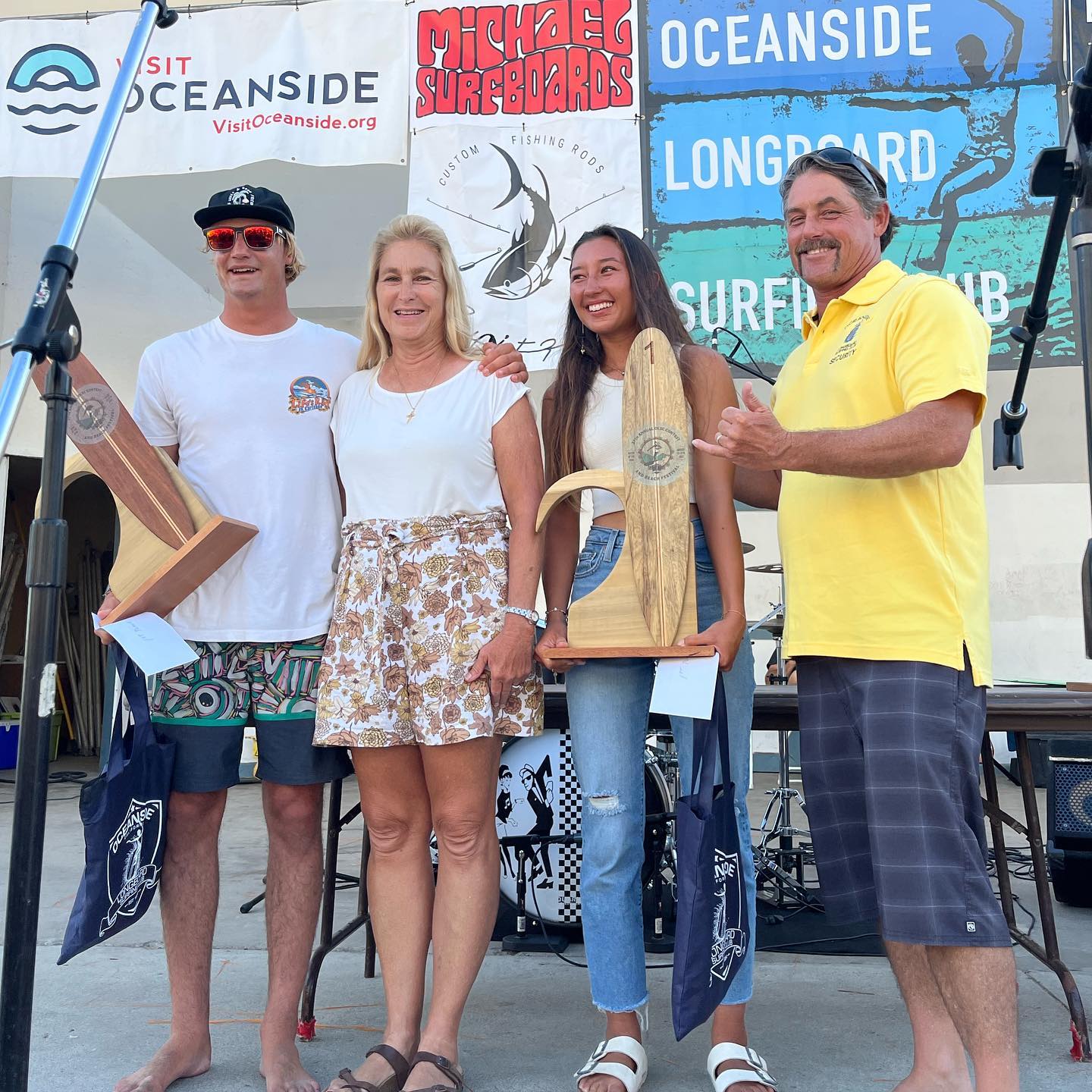 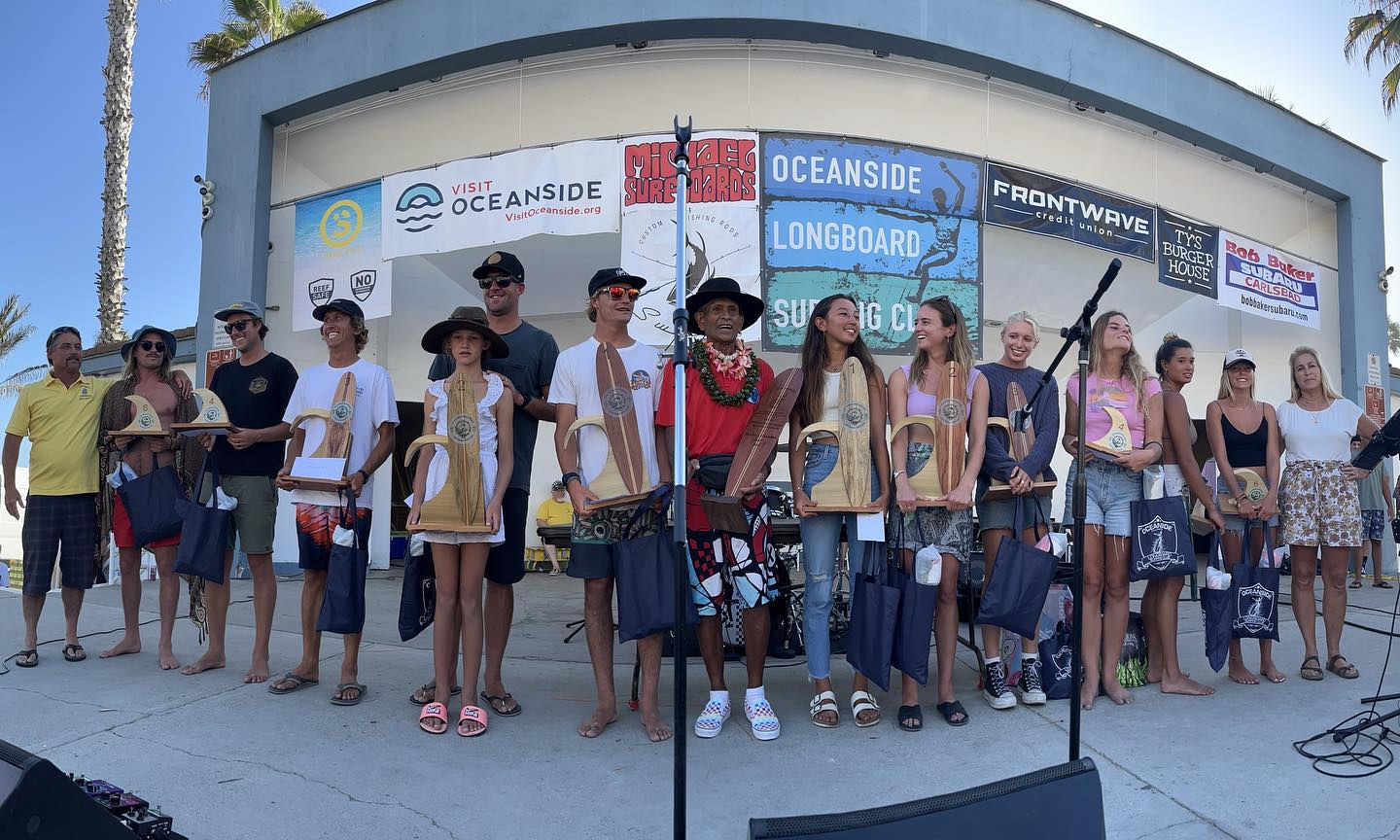 King of the Pier Results

Queen of the Pier Results

Jack Van Wagoner behind the curtain